Happiness in marriage is entirely a matter of chance…and it is better to know as little as possible of the defects of the person with whom you are to spend your life with (Jane Austen’s Pride and Prejudice: Charlotte Lucas’s view on marriage) 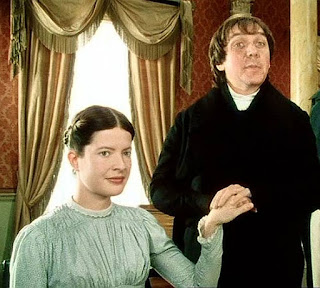 Be warned… in today’s world, a marriage proposal is followed by the flurry of wedding plans. Wedding guest lists, invitations, table plans and wedding favours all seem like bewildering pressing issues… not to mention dresses, suits, booking hotels and the all important beef and salmon dinner!

Things were both the same and yet very different in the eighteenth century. It was similar to today in that the acceptance of a proposal brought two families together, everyone had an opinion and wanted that opinion heard! Things were very different in that you may not necessarily even know your husband that well! It may be a dynasty match after all!  And of course, this is the important point, who could think of wedding favours when there were landed estates, inheritances and entitlements to sort out?

Forget big gowns and long processions up the aisle. Eighteenth century weddings were less of a grand event and more of a final signing on the dotted line! Things were no different here at Castletown House. After the effusive delight at her sister Lady Sarah’s engagement, Lady Louisa Conolly did not even attend the wedding! She also appears to have gotten her first accounts of it, not from Lady Sarah herself, but their older sister, Lady Caroline. And even then, we have little information on the actual wedding.

Initially, it must be admitted that for this blog writer, it was a very disappointing turn of events! Yet we must accept the past on its own terms and so it was of this blog shifted from eighteenth century weddings to nailing down the marriage settlement.

Buried in volume one of Lady Louisa’s correspondence in the OMARC archive, is one interesting copy of a surviving letter detailing some of the marriage settlement negotiation for Lady Sarah. In particular, to this blogger at least, one sentence asserting that Lady Sarah ‘makes it her choice to have no Pin Money’ stood out. Even I, reading this letter with a complete lack of legal eighteenth century legal knowledge, wanted to go back in time and say to this young lady…. BAD IDEA, LADY SARAH, BAD IDEA!! So what was pin money? Pin money, often paid to wives, quarterly, was for their personal use and gave a certain amount of financial independence i.e. spent at their personal discretion. Fortunately as it turned out Lady Sarah had some very shrewd legal minds negotiating her marriage settlement on her behalf! They ensured she got her pin money. And I am sure she was grateful for it! The lady of Castletown, Lady Louisa, also enjoyed pin money. Her marriage settlement, available in the National Archives, even went so far as to detail how she should be paid. It was to be paid directly into her hand and also paid quarterly. Any changes to this agreement could only be made in her handwriting. This seems like some tough marriage settlement negotiating. Although we do have it on good authority, from historian Ruth Thorpe, that Thomas Conolly was sometimes a little behind his payments! And often had to pay double to make it up for the shortfall on the next payment.

In a sobering final note, while it may seem strange to us today, marriage settlements were vital in protecting the interests of women. For young eighteenth century women, marrying for family dynasty concerns, happiness in marriage was indeed often a matter of chance.

Fortunately for all the ladies thinking of taking advantage of the 29th February and popping the question, you do not have to worry about marriage settlements and pin money. You can enjoy the moment and get on with planning a wedding!!